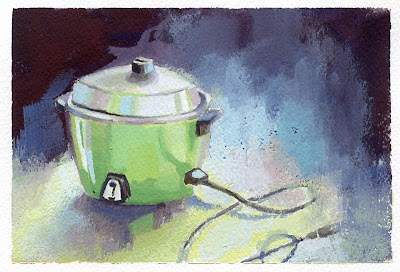 O Rice cooker,
The noises you make
Make me feel like
Mom is in the kitchen with me. 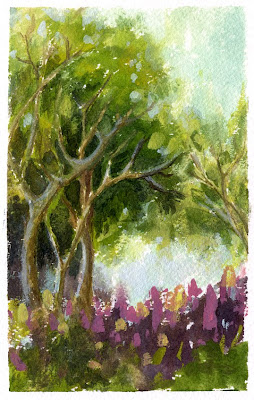 My Art Policy had noticed that I didn't do watercolor last week. So here it is, though I'm not very keen on how it turned out. 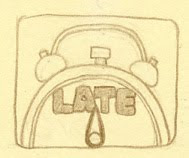 When Cousin Bill was in grade school, one Saturday he woke up late. 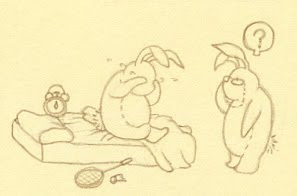 He was very upset and was crying, and Grandma asked him what the matter was. 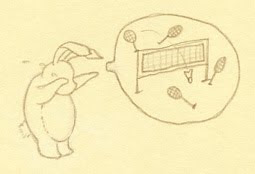 Cousin Bill said while sobbing, that he was supposed to be at a badminton team practice this morning at a gym outside of school, but now he's missing it. 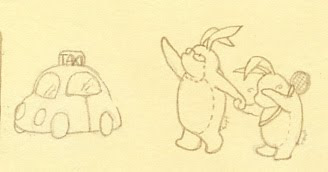 Grandma asked him if he knew where the gym was and then took him on to a taxi. Cousin Bill arrived at the team practice late, but was able to join in without issue. 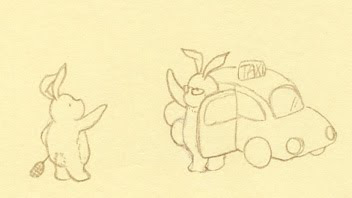 Cousin Bill thanked Grandma while waving goodbye, and remembered Grandma's smiles when she got on to the taxi.

In my memories, Grandma was always around when there's emergencies. There were many times when I forgot to pay my school's tuition fees and Grandma would get it done just in the nick of time. Thank you Grandma!
Posted by Kate at 4:55 PM 1 comment:

Bunny realized that parents are getting on in years because.. 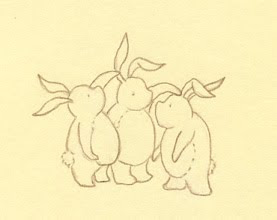 ..Bunny is now taller than both of them. 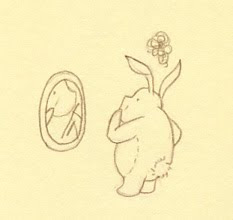 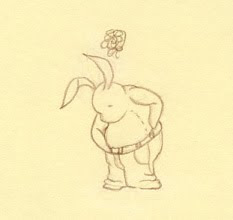 ..and because Bunnydad's once fitted trouser, got longer. 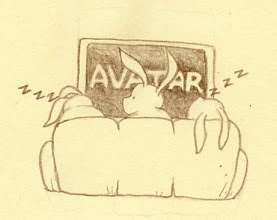 ..and because they sleep the soundest when watching exciting flicks!
Posted by Kate at 12:23 PM 2 comments: 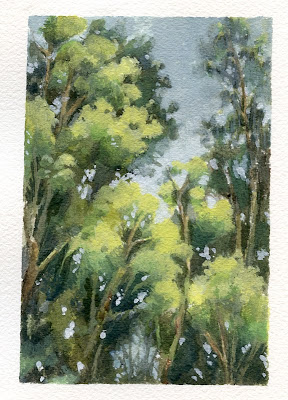 Olalala Everybody! Did everyone got fatter over the holidays?? I sure did. But it is our birth rights to indulge during the holidays isn't that right? There's nothing to lose except maybe a little dignity. Dignity Schmignity!

Anyway, I was busy eating and busy resting after eating for the last two weeks so I didn't draw anything.

But I have to get back on the horse if I want to avoid an inspection by the Art Police! And conveniently the trees outside my window today is sunny and the leaves are swaying and my conscience is nagging me so I did it. It actually didn't start out so well, I was a bit afraid that my rusty fat fingers is finally giving me revenge on my laziness, but I managed eventually to finish at least. As to whether it is a piece of acceptable 'a-r-t' I'll have to call the Art Police later this week and see what they say. 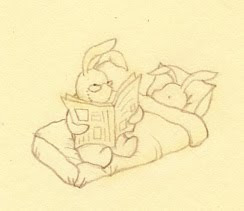 Bunny's fondest memories of Grandma starts with Sunday mornings, when bunny slowly woke up and found Grandma sitting quietly on the side of bed, reading newspapers. 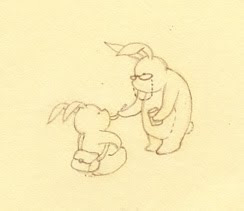 When bunny got home from school in the afternoon, bunny's parent wouldn't be home yet and there's still hours until dinner, bunny would ask Grandma to make warm sugar water and bunny would savor it by the spoonful. 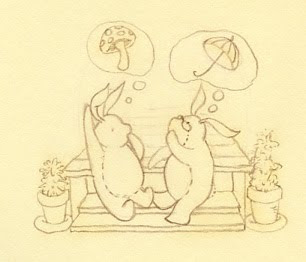 When Grandma visited bunny in Vancouver during Summer vacations, we raked our lawn for weeds and watered our garden, and afterward we sat on the stairs of our back porch in sunset and played word games. 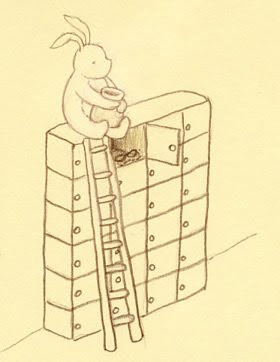 Now Grandma is in a jar, sitting far away on a foggy hill. Bunny is doing its best remembering the fondest bits of our time together.
Posted by Kate at 4:41 PM No comments: