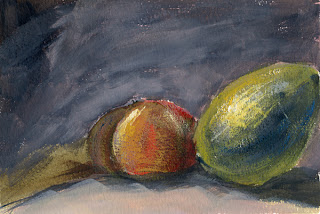 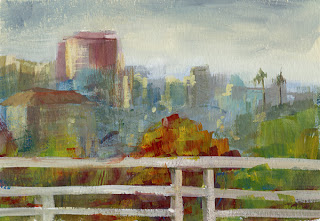 Well, greener pasture here I come.... I deeply felt the lack of traditional color training is starting to eating in my conscience, so I gathered enough courage to went out and bought watercolor. (And then figured out I need to gather a lot more money to keep buying them.) I choose watercolor cause no one so far had told me how they bring the wet oil painting home from their painting spot, and I figured watercolor drys faster. But man, it is HARD. These two small paintings I did in complete panic. Now I'm starting from the beginning, from getting to know m colors first. I mixed them with white and with each other and indeed I learned something new.

This is a road of no return (since I spent so much), I can only hope that after thousands of studies, that I can begin to get the hang of it.
Posted by Kate at 10:47 PM 1 comment: 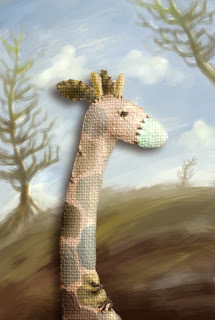 This is the state of my mind these days, haven't decide whether I should move on to something else. Maybe I'll move on to a greener pasture.
Posted by Kate at 7:37 PM No comments: 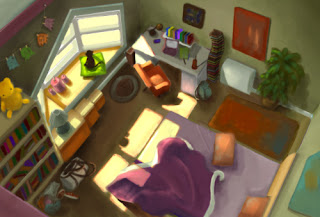 Painting light from imagination is a pretty daunting task, especially for people like me who didn't have much real time outdoor practice. Maybe one day I will strike up the courage to paint outside, away from photoshop, away from undos....or I can just wait for digital canvas and a wacom brush.
Posted by Kate at 8:32 PM No comments:

What I wish to see 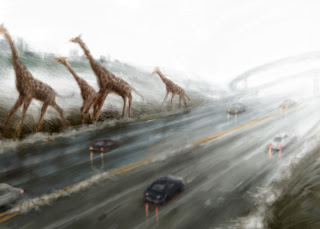 Oh man! I'm now at a stage where I have some ideas for making art but I don't have the necessary skills to pull it off. I wish my tool box of paint and brushes hadn't been stolen during my last year of the university, then maybe I would have kept painting instead of going completely digital.... (guilt trip for you, paint-stealing thief!) I would really like to learn how Kim Cogan did his wet road surfaces with those beautiful effortless strokes. Is it possible to practice and learn that kind of skill digitally?? (Meaning: Is it possible to be an excellent painter and still keep my pants clean??) If not, I'd better go buy a new set of paint!
Posted by Kate at 4:43 PM No comments:

Fishy on my mind 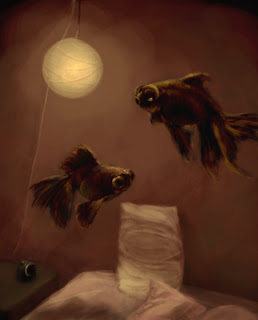 I dreamed that there are black goldfishes swimming around me in air.
Black goldfish are the most fantasy-like animals that are cheapest to own. But I never bought them before and probably never will. Digital images of any living organisms outlast any real ones anytime.
Posted by Kate at 10:59 PM 3 comments: 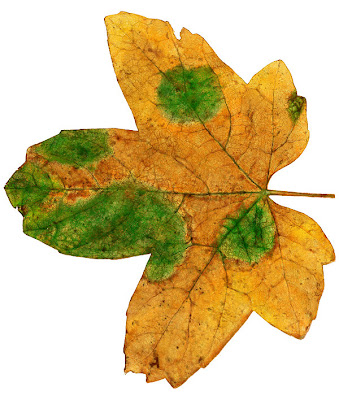 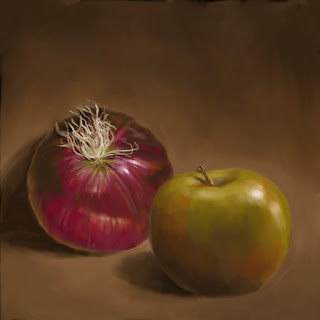 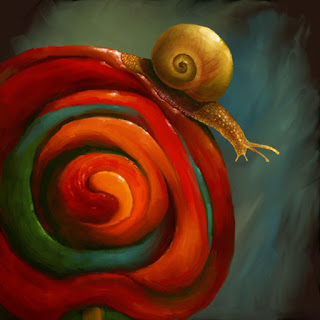 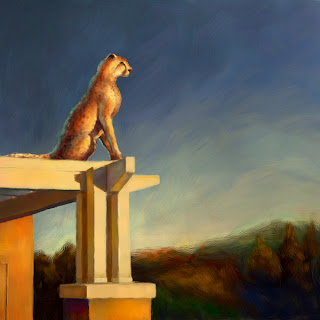 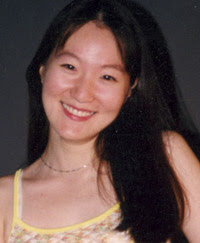 Hi, first posts are always painful, let's get it over with so I can get to the real post. That's me smiling at you.
Posted by Kate at 11:44 PM No comments: